Oliver Luck, the former commissioner of the XFL sports league, filed a wrongful termination lawsuit against controlling owner Vince McMahon. His firing came three days after the XFL suspended operations and filed for bankruptcy. Luck was not listed among the creditors for the XFL.

The lawsuit, filed in U.S. District Court in Connecticut, alleges that McMahon breached Luck’s contract. The April 9 termination came as the coronavirus pandemic has canceled sporting events around the world.

The pandemic forced the XFL to lay off its staff only five weeks into its season. The exact terms of Luck’s contract were not included in the lawsuit due to confidentiality clauses. However, the complaint alleges that Luck was fired without cause. More specifically, the lawsuit claims, the bases of the firing sent to Luck in his termination letter were without merit.

Andrew Zeitlin, Luck’s attorney, stated that neither McMahon nor his company, Alpha Entertainment, gave a sufficient reason for his termination. He said Luck was not provided any written notice that he was not executing his duties in a competent manner.

Although the contract terms were excluded from the lawsuit, sources say it was worth $20-25 million over five years. Luck was to be paid any remaining balance on the contract if he was fired without cause.

Jerry McDevitt, a lawyer for McMahon, said that the reasons for Luck’s firing were clearly set forth in the letter. McMahon has promised to fight the lawsuit. Luck is seeking monetary relief, including unspecified damages, interest, and attorney’s fees. He is also seeking a declaratory judgment on fulfilling the terms of the contract.

Notably, it was McMahon’s company, Alpha Entertainment, that filed for bankruptcy. Meanwhile, Luck’s lawsuit names McMahon himself as the defendant. During bankruptcy proceedings, civil suits against the debtor are typically stayed or suspended. By naming McMahon, Luck may be able to evade this prohibition. Luck’s attorneys have alleged a “breach of guaranty” by McMahon regarding Luck’s contract as the XFL’s commissioner. The lawsuit, some observers say, is crafted specifically to stay out of bankruptcy court.

The lawsuit against the XFL is interesting for many reasons. It involves an eccentric football league and an even more eccentric, and colorful, owner in Vince McMahon. The atmosphere in which it was filed is a worldwide pandemic that has disrupted much of American life and commerce. Potentially millions of dollars are at stake because of the alleged breach of contract. And bankruptcy will also play at least a tangential role in affecting the outcome.

It remains unclear how McMahon will defend himself from the allegations of Luck. The former XFL commissioner has stressed that he is not seeking a judgment against Alpha Entertainment. Yet it is Alpha Entertainment that owns the XFL and filed for bankruptcy protection. McMahon will almost certainly bring up the bankruptcy issue and may try to steer the lawsuit toward that court. So part of the challenge of this lawsuit may well be to determine who the legitimate defendant actually is.

Coronavirus pandemics don’t happen every day, but worldwide crises do. The economic ruin they bring can provide a legitimate reason for someone to be terminated. But they can also serve as a convenient excuse. McMahon’s attorney alleges that Luck was provided ample explanation as to why he was fired. The issue of damages hinges largely on this because Luck is owed money if, in fact, his firing was wrongful. So in addition to the issue of bankruptcy, the court will need to decide if Luck was terminated without cause. Doing so would be a breach of his contract and entitle him to potentially millions in damages.

We Bring Our wealth Of Experience To Defend Your Company

Breach of contract lawsuits often raises complex and intertwined issues like bankruptcy and wrongful termination. At Rosenbaum & Taylor, we have the experience it takes to defend your company, no matter the allegations. If your business is facing a lawsuit involving a contract dispute, count on our dedicated team to defend you. Call us today to discuss your case. 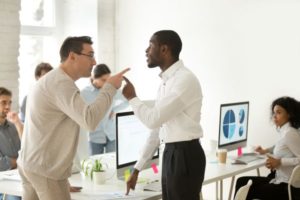 No One Wants to Have a Business Dispute, But….

In many ways, forming a partnership, LLC, or other company, is like entering into a marriage.  Think of a strong business attorney as the officiant, 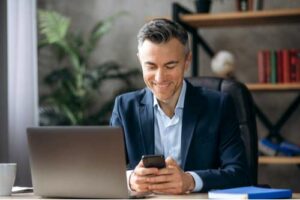 That Information “is the next tier two.” Huh? What is that Supposed to Mean?

That information “is the next tier two.” We actually received that line in an important communication today. We realized that the sender meant to write