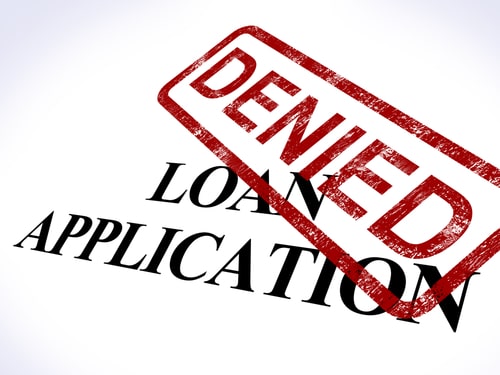 We’ve reported previously on troubles involving the Paycheck Protection Program (PPP). Specifically, that many small businesses were unfairly denied a PPP loan during the coronavirus pandemic. Now, some businesses are fighting back. One of those is Breda, LLC, which owns Camden Harbour Inn and Natalie’s Restaurant in Camden, Maine.

First, a brief summary of the PPP loan program. Created as part of the CARES Act, the PPP loans were supposed to help struggling businesses during the coronavirus crisis. These included businesses that were forced to close because of government-imposed shutdowns. The shutdowns caused widespread and persistent economic problems for countless businesses. The loans were designed to cover expenses such as payroll, utilities, and rent. In many cases, the loans were forgivable.

Banks have already gotten in trouble and have been sued for the way they administered the loans. Now, the Small Business Administration (SBA) is the target of litigation. The owners of the Camden inn and restaurant were denied a loan because they had filed for bankruptcy. The SBA has asked that the lawsuit be dismissed.

The lawsuit claims that the plaintiff’s hospitality and restaurant businesses were severely impacted by coronavirus. As such, they were perfect candidates for the PPP loan program. However, Breda was informed by a local bank that they did not meet the loan criteria and were rejected. In particular, they were told that filing for bankruptcy made them ineligible for a loan.

In its lawsuit, Breda made clear that its purpose for applying for the loan matched the intent of the program. They needed the money to make payroll, retain workers, and cover other expenses like mortgage and interest payments. These are completely in line with what Congress created the PPP to accomplish.

The company’s lawyers further contend that the bankruptcy filing is irrelevant. Breda has the right to apply for a PPP loan and be considered on the same terms as everyone else. Breda checks all required boxes and should have been approved. However, they allege that the SBA discriminated against them because of the bankruptcy filing.

Meanwhile, the SBA argues that it is right to deny loans to companies in bankruptcy due to unacceptably high risk. In particular, the SBA claims, the funds would likely be used for unauthorized purposes. And if the loan was not eligible for forgiveness, the odds of it being repaid were low. The SBA also says that the bankruptcy code doesn’t obligate anyone to make a loan to a debtor in bankruptcy.

On April 24, the SBA posted a new interim rule that excluded bankrupt companies from the PPP program. It was then published in the Federal Register on April 28. Breda claims this action violated the bankruptcy code and unfairly barred its access to loan money. The company is seeking damages of at least $220,777.

This case is interesting because it shows the conflict between SBA regulations and the bankruptcy code. It also shows what can happen when legislation is hastily passed. As most people know by now, Congress passed several laws very quickly during the pandemic. The government has been criticized for failing to take potential conflicts like these into account.

While other lawsuits have gone after banks for unfairly processing loan applications, this one targets the SBA. The government argues that by passing regulations concerning bankruptcy, it can essentially do what it wants. But plaintiffs argue that this violates the intent of the law as well as the long-standing bankruptcy code.

WAS YOUR COMPANY DENIED A PPP LOAN? WE CAN HELP

If your company was unfairly denied a PPP loan either by a bank or by the SBA, let us know. We are actively engaged in litigation matters concerning this issue. You need a dedicated business litigator who will fight for your rights in court. You need Rosenbaum & Taylor. Reach out to us today to learn more. 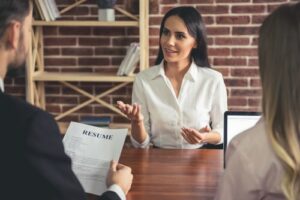 Steps You Should Take Before You Hire in New York

Your business has decided it needs more employees, or a position within your company has opened up. The time has come to hire someone. But 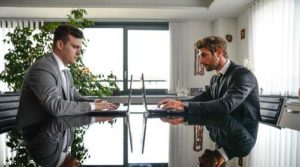 Owners of small businesses have to prepare for the worst as well as the inevitable. Ultimately, every owner will pass away. But they may also