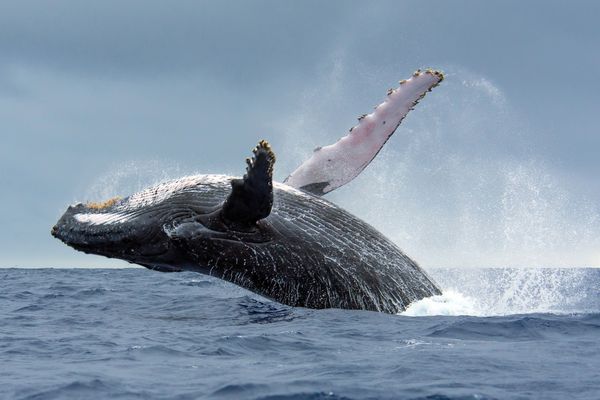 When a whale breaches, it lifts most of its body out of the water. When a party to a contract is dealing with a possible breach of contract matter, or a breach of contract lawsuit, it can feel like a fish out of water. We don’t really think there is a connection, but it’s a good excuse for a cool picture. We also thought it was too corny to write, “breach of contract can be a whale of a problem.” What do you think?

When parties enter into an agreement, they generally sign a contract, or other document, or set of documents, which memorializes the terms of the agreement between, or among, the parties. The contract defines the legal obligations of the parties and outlines the ways in which each party’s interests are legally protected. When the parties sign, or execute the paperwork, they are formally agreeing that they will abide by, or follow, the terms and conditions set forth in the contract they signed.

As an aside, while parties can create enforceable oral agreements, the best practice is to use a written agreement. It is generally much easier to enforce a written contract. At Rosenbaum & Taylor, P.C., even when our clients have entered into handshake agreements with parties they know, and feel they can trust, we still always recommend that the terms of the agreement be reduced to writing. That way, they are not relying solely on memory, honesty, or loyalty, when it comes to discussing, or filing a lawsuit to enforce contract terms, or assessing whether there has been a breach.

Breach of the contract means that a party has failed to obey the terms of the contract. All types of contracts, from construction to sale of goods and services, to real estate, to personal services and employment contracts and beyond, can be breached. A party can breach a contract in a variety of different ways. Under New York law, different types of breach cases are treated differently.

Contracts can be breached in a number of ways. For example:

Often, one party’s contractual performance is conditioned on another party fulfilling certain obligations under the contract. Sometimes, performance is conditional upon the completion of other obligations. At Rosenbaum & Taylor, P.C., our top contract attorneys have been contacted by clients, or prospective clients, concerned about payment terms in their contracts. In some contracts, payment may not be contractually required by the party receiving goods and/or services until the goods or services are deemed delivered. We work with parties to determine what would constitute a breach of the payments provisions of their contracts and if there has been a breach, whether the breach can be considered to be material. In some cases, our client is the party seeking to assert a breach of contract claim and in other cases, we represent a party against which a breach of contract claim is being threatened, or asserted. We work with our individual and corporate clients in fields ranging from construction, to property management, to manufacturing, to distribution and beyond, to analyze whether the breach they are dealing with is material. In this context, a material breach is a breach that is so substantial as to undermine, or defeat, the purpose of the contract.

There are two basic categories of breach of contract: material breach and a minor breach (also known as a partial, or immaterial breach). To determine whether the breach is material, or not, courts dealing with cases throughout New York City, Westchester County and all other parts of New York State analyze the extent to which the party that is not alleged to have breached the agreement, or contract, will be prejudiced or damaged if the contract terms are not fully performed. This inquiry can be complex.

Experienced, top contract dispute attorneys, like the ones at Rosenbaum & Taylor, P.C., help clients analyze the significance of possible breaches of contract on behalf of a party alleged to have breached, or on behalf of a party claiming there has been a breach. With that skilled analysis, the client, and its attorneys, are in the best position to assess strategic considerations and determine the best approach to the matter, whether that is negotiation, or bringing, or defending a lawsuit.

Courts in New York, whether in Manhattan, Westchester, the Bronx, Brooklyn, Queens, Nassau, Suffolk or other counties, generally look at a set of five factors to assist in their determination as to whether a breach of contract is material, in a given lawsuit, or legal case:

In addition to looking at the above factors, courts throughout New York also consider whether the subject contract addresses what will be considered a material breach. Parties often include contract language that reads that certain actions, or inactions, will be deemed to constitute a material breach of the agreement. At Rosenbaum & Taylor, P.C., when we draft, or negotiate, contracts for our clients, we often consider, along with the clients, whether such language is appropriate, or strategically desirable, or not, depending on the circumstances and subject matter of the contract. For example, we consider whether the failure to make full timely payments according to the payment schedule will constitute a material breach. We also consider issues like whether the failure to maintain insurance or the failure to attain set sales goals, will constitute a material breach of the contract. Since certain performances, or completion delays may not necessarily be considered material, we often discuss with our clients how we can craft a proper “time is of the essence” clause, to protect our clients’ interests.

An anticipatory breach, or anticipatory repudiation, occurs when a party to a contract advises the other party, or otherwise makes it known, that the first party will not be able to fulfill its obligations under the contract. Under such circumstances, the party that did not breach the contract, or does not signal its intention to breach the contract, should avoid incurring extra costs or expenses. If the non-breaching party does not attempt to mitigate its damages, it may not be able to recover the additional damages that it incurred.

Damages That May Be Available for Breach of Contract

Located in White Plains, in Westchester County, New York, the top contract attorneys at Rosenbaum & Taylor, P.C. handle breach of contract claims throughout New York State. They have helped clients pursue and collect damages arising in a wide range of contractual relationships, from property management to retail, from construction to service providers and from personal services to manufacturing, and beyond.

In a breach of contract action, there are different types of damages that may be recoverable. The types of damages that may be recoverable depend on the type of contract at issue. A party alleging that another party has materially breached their contract may seek direct damages, which, broadly, is the difference in value between the goods, and or services, that were to be provided and what, if anything, was actually provided. The party asserting a breach of contract claim may also, under the right circumstances, seek to recover consequential damages, which can include categories like lost profits, loss of goodwill, and costs associated with correcting the breach.

Consequential damages are damages that are reasonably foreseeable and related to, but not directly connected to the breach of contract. For example, a Court may award a non-breaching party compensation for business it lost due to the other party’s breach of the contract.

Other Breach of Contract Considerations

Under New York law, parties who have been damaged as a result of a breach of contract have a duty to mitigate, or decrease, the severity of, their damages. There is a duty for the non-breaching party to take actions to minimize the losses it suffered from the breach of contract. If the losses incurred by a non-breaching party could have reasonably been avoided, the court may not award damages for that loss in the case of a lawsuit.

In the United States, each party in a breach of contract lawsuit bears its own legal fees and expenses. That said, some contracts do provide that the prevailing party can recover its legal costs and fees from the party that breached the contract.

Generally speaking, under New York law, punitive damages are not recoverable in breach of contract cases.

Specific performance is generally only awarded to a non-breaching party, in a lawsuit, when there is no other adequate remedy, a monetary award cannot compensate it and when the performance duties under the contract are difficult to value. When the court award specific performance, it is ordering the party that breaches the contract to perform its obligations under the contract. Specific performance is sometimes awarded in a lawsuit when the seller of a plot of land breaches its contract to sell the land. Under such circumstances, a New York court may order the landowner to complete the sale because, by its nature, land is unique and the same land cannot be purchased elsewhere.

Contract reformation is a remedy that is rarely granted. A party seeking reformation is arguing that the contract does not accurately reflect the agreement the parties reached. The court may then impose new contract terms.

At Rosenbaum & Taylor, P.C., our top contract attorneys have the skills and experience to assist with a wide range of contract dispute matters, whether there is already a lawsuit, or not. Call us at 914-326-2660 or contact Dara, or Scott, by email to DLR@rosenbaumtaylor.com or SPT@rosenbamtatylor.com to see how we can help you.

What Does the New York Adult Survivors Act Mean for You?

On November 24, 2022, the Adult Survivors Act (“ASA”) was enacted in New York State. New York’s statute of limitations for civil actions arising out

Common Reasons (Valid or Not) a Home Insurance Claim Is Denied

You purchase homeowners insurance to protect one of life’s biggest investments. You expect that should you ever need to file a home insurance claim, you’re

Lawsuit Against Amazon Over Coronavirus Safety Dismissed In New York

A federal judge in New York has dismissed a lawsuit against Amazon over an alleged lack of protections from coronavirus. The lawsuit concerns employees at