Co-founders of Zocdoc, the online medical care appointment booking service, are facing a lawsuit in New York. The suit, by another co-founder and former CEO, alleges an attempt to oust him from the company. The alleged conspiracy to stage a coup has disrupted leadership at the top of the business. But now, the defendant co-founders are moving to have the lawsuit dismissed. The news is a reminder of how business owners who are being sued may be able to end cases early.

But in a recent motion that was filed, the defendants are seeking to have the lawsuit thrown out. They claim that the suit has no business being in New York courts to begin with. More particularly, they say, Massoumi agreed in a non-disclosure agreement to settle disputes in Delaware courts. If true, that would mean the proper forum is not in any New York court at all. Defendants claim that Massoumi agreed to view confidential Zocdoc information with the understanding that any litigation must be in Delaware.

Zocdoc’s bylaws require that claims involving internal matters, such as challenges to a CEO’s removal, must be litigated in Delaware. Those bylaws were adopted five years ago. But Massoumi claims they were improperly adopted and hence invalid. However, defendants believe that since the company’s board and stockholders voted to adopt the bylaws, Delaware is the proper forum.

A company spokesman declined to provide comment on the latest news about the case. Instead, he pointed to a previous statement regarding the reasons Massoumi was pushed out of the company. Massoumi has said he opposes the motion to dismiss and looks forward to his day in court, in New York.

The case demonstrates the critical role that motions to dismiss can play in civil litigation. A motion to dismiss typically does not address the substantive issues of the lawsuit. Instead, it is usually a procedural attack on the case. In New York, these are some of the bases for a motion to dismiss:

Most businesses, when faced with a lawsuit, assume they will eventually have to reach the merits. This may or may not be true depending on the circumstances. Having a good business litigation defense attorney means having someone who takes a comprehensive approach to such matters. The right lawyer will work not only on the substance of the case but on procedural issues as well. Where the evidence supports it, a motion to dismiss is a tactical move that may get rid of the lawsuit. This, in turn, saves time, money, and the possibility of an adverse judgment.

If you’re defending against a business lawsuit, you need experienced New York legal counsel. Rosenbaum & Taylor is here to help. We fight for the rights and interests of New York businesses and we approach cases with creative problem-solving in mind. Give us a call today.

PrevPreviousLawsuit Against Amazon Over Coronavirus Safety Dismissed In New York
NextWhat Might You Lose In A Personal Injury Lawsuit?Next 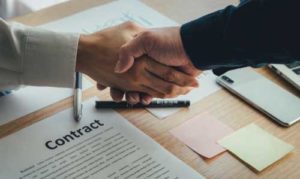 What Is Specific Performance Of A Contract?

When most people think of breaches of contract, they think of the potential for monetary damages. Monetary damages are considered a legal remedy for addressing 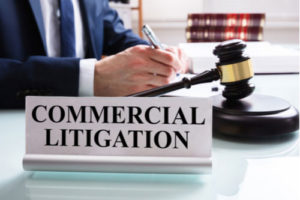 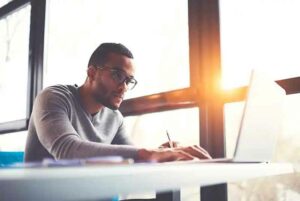 New York Entrepreneurs are often seen as innovators, taking business risks to turn their dreams into reality. At the same time, there is no need