A lawsuit against a New York auction house for canceling the sale of a painting has been dismissed. A Rudolf Stingel painting was planned for an auction with Phillips auction house earlier this year and contractually agreed upon. But as Covid-19 set in, the pandemic caused Phillips to cancel all sales. The consignor of the artwork had sued Phillips for $17 million.

Phillips had an agreement with dealer Joseph Nahmad and his company, JN Contemporary Art LLC. Nahmad’s Stingel painting was to be auctioned in May in New York. However, the pandemic strengthened and grew into a full-blown emergency in March. That led to the suspension of sales and was the beginning of legal problems between Nahmad and Phillips.

Although Phillips had planned to honor the agreement, by June 1, it became clear that it couldn’t. Nahmad alleged a more underhanded reason for the cancellation of the sale. According to him, Phillips determined that the market for the Stingel painting had weakened. As a result, he argued, the auction house concluded it would lose money on the sale, yet blamed Covid.

Judge Denise Cote, of New York’s Southern District Court, came to a different conclusion. She cited a force majeure clause in the contract as the basis for her ruling. Force majeure allows a party to be relieved of a contractual obligation if faced with circumstances beyond its control. These are sometimes called “act of God” clauses and are common in contracts. Specific events covered by these clauses include war, strikes, and natural disasters.

In Cote’s view, the force majeure clause, combined with the pandemic, allowed Phillips to cancel the sale. She referred to Covid as a natural disaster that fit squarely within the meaning of the clause.

The lawsuit was filed this past June, shortly after Nahmad learned of the cancellation. He had sought $17 million in damages: $7 million in compensatory damages, and $10 million in punitive damages. Punitive damages are not as commonly awarded in breach of contract lawsuits. They are designed to punish or deter wrongful conduct, rather than compensate an injured party. Nahmad reasoned that Phillips’ cancellation made it “impossible” for him to sell the Stingel painting to another auction house.

Nahmad’s lawsuit didn’t only seek monetary damages. He also asked for a remedy called specific performance. In contract cases, specific performance refers to an order that a party do something to make up for a breach. More particularly, a court may order a party to fulfill its contractual obligation by taking a specific action. In this lawsuit, Nahmad requested that the court compel Phillips to auction the painting at its next sale. But that request was also denied.

Lawsuits such as these demonstrate the importance of well-drafted contracts and competent legal counsel. Although force majeure clauses are common, they are being tested in new ways by the Covid pandemic. The judge in this case viewed Covid as a natural disaster, large enough to consume a party’s contractual obligation. However, it still takes effective legal representation to convince a judge to make the right decision. New York businesses deserve a law firm that knows how to deal with both transactional and litigation matters.

Count On Us To Handle Your Contract Drafting And Lawsuits

That’s the level of comprehensive legal service you can expect from Rosenbaum & Taylor. We not only draft comprehensive contracts that protect our clients, we know how to defend against allegations of a contractual breach. No matter what type of New York contract matter you have, we’re ready to go to work for you. Call us today to find out more about how we can serve your business. 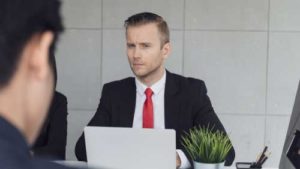 Protecting Your Company From Employee Fraud

Employee fraud is serious. In some cases, schemes like embezzlement and trade secret theft go undetected for years. Companies are sometimes victimized to the tune 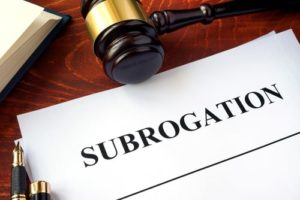 Subrogation is one of those insurance terms that few in the industry pay attention to until a specific claim arises. But every insurance company needs

Personal injury claims raise complex and potentially costly issues. When an accident or injury occurs, plaintiffs’ lawyers line up to take on their case. But